Alan inititally trained as a nurse, but when he saw an advert for a role in the ambulance service, he realised it was time for a change. 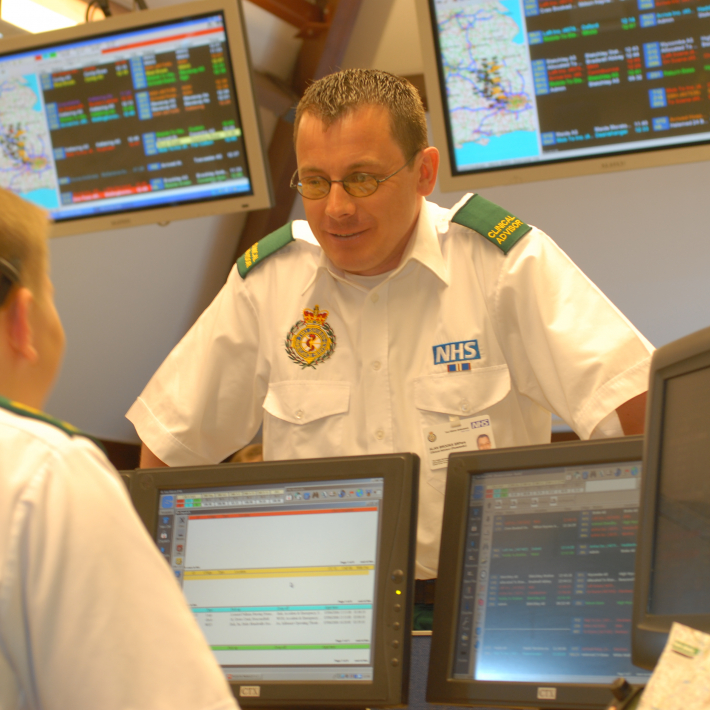 How I got into the role

I trained as nurse specialising in learning disability and ended up working with people with severe challenging behaviours. When I saw an advert for the ambulance service, I decided it was time for a change.

In nursing, I had a good idea what was going to happen every day. On the ambulance, no two jobs are the same: for example, you can have three patients with heart attacks and they’ll all be different.

I started as trainee ambulance technician and went on to train as a paramedic.

Last year, after nine years as a paramedic, I was asked to help set up a new system for dealing with less-urgent 999 calls. I knew I’d miss being on the ambulance but I thought it would be good to be in at the beginning of something, helping to shape it: I’d never done that before.

As a paramedic you’re allowed to do so much more than an ambulance technician. For example, you can give thrombolysis, which is drug treatment for heart attacks caused by a blood clot, or carry out an emergency procedure called chest decompression to release air from the chest cavity to expand a collapsed lung, using a cannula.

We have now gone live with the new system and it’s working really well. The calls come through to me in the control room and I take the patient’s medical history, find out what drugs they are on and ask any other relevant questions before making a final decision about where they need to go. You really have to rely on your communication skills, dragging out the information over the phone instead of dealing with people face to face.

I might decide they need an emergency ambulance after all, or I could send an ambulance at normal driving speed or advise the patient to see their GP or to visit A&E.

On the ambulance, no two jobs are the same

The role has grown quickly in a very short time and I'm now being used generally as a clinical resource for other calls and also by the ambulance crews calling in for advice. I'm sure it will develop even more in the future: I'm really pleased with the way it’s going.