Richard’s place on the NHS Graduate management Training Scheme gave him a sound understanding of how a hospital works. He has chosen the NHS over the private sector because the focus is on people rather than profit. 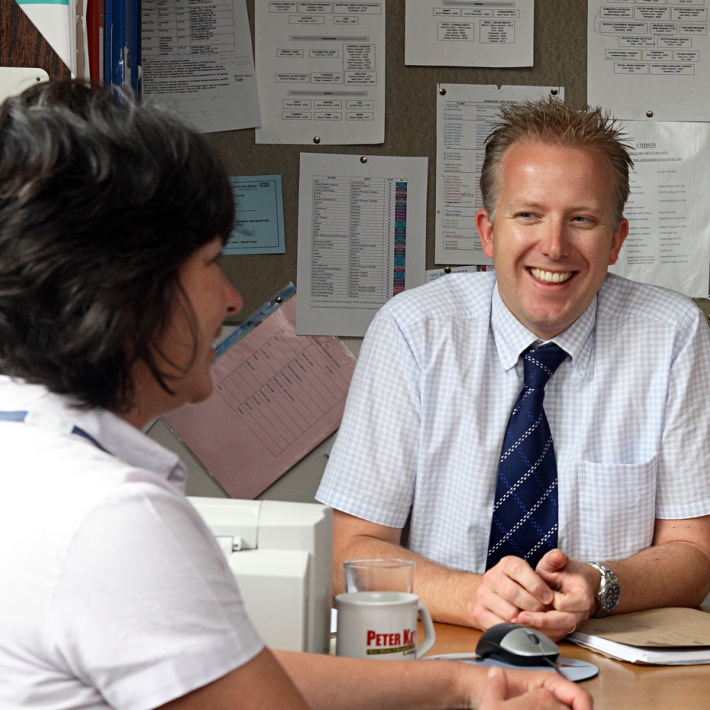 How I got in

A business studies degree led to the start of my NHS career as a graduate trainee in human resources on a two-year training scheme with South Devon Healthcare NHS Trust. The programme involved placements in different directorates, which gave me a really good understanding of how a hospital actually works.

As part of my training I studied for my Chartered Instituted of Personnel and Development exams and qualified by the end of the scheme.

When I'd completed my training I took on different HR roles with other NHS trusts in Devon before joining the Royal Devon and Exeter Foundation Trust as head of personnel.

For a short while I left the NHS to work in the private sector with an engineering firm but I didn't get the same satisfaction working in an environment where the driving force was profit. In the NHS, it's people that come first.

The NHS graduate trainee scheme gave me a sound understanding of how a hospital works. I chose the NHS over the private sector because the focus is on people rather than profit.

The idea of working for the NHS came to me at quite a young age. I'd been to hospital many times to treat my six broken bones at various times in my youth.

The role of HR as I see it is to help staff do the best they can for patients.

Some people think that as a manager you may not be in touch with patients. For me, though, one of the best things about being a manager is playing a part in patient care - within a friendly and positive environment. The role of HR as I see it is to help staff do the best they can for patients.

The size and complexity of the NHS makes HR an exciting, challenging and rewarding career.