An illness caused Mark to become visually impaired overnight, but it didn't stop him from taking control of his future and applying for an apprenticeship role in administration. 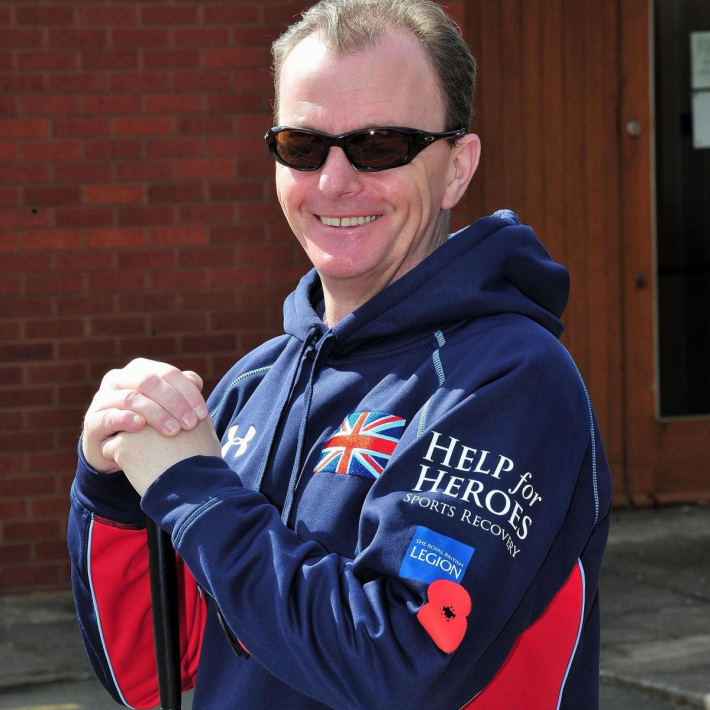 How I got into the apprenticeship

I started working for the NHS before my disability after a long career in the military. I was looking for a new challenge which would also allow me to give something back to the community.

I was working as a healthcare assistant in a psychiatric intensive care unit until an illness changed my life, leaving me with severe visual impairment. I suffered a bilateral optic neuritis attack with a diagnosis of multiple sclerosis.

A year later I returned to work in a new administration role as an apprentice, believing this would further my career within the trust. Through the support of Blind Veterans UK and my wife, I have learnt to use the Super Nova software which allows me to use the computer as a severely visual impaired/blind person. This software is what I use at work and I have it installed at home too.

I communicate with other wards via telephone, and collate data on admissions and discharges from the hospital. I then enter the data onto spreadsheets and produce graphs, which are used to optimise ward usage. I also prepare documents and reports on a weekly base and disseminate these to managers across the trust.

Sometimes I dial-in to conference calls in the absence of my manager.

Working for the NHS has helped me with my disability as some of the staff I work with have a clinical background and understand the difficulties.

I studied the NVQ Level 2 Business and Administration Apprenticeship course and was nominated in the 2016 West Midlands STAR Awards. Since completing it, I have been able to put the skills acquired into practice when given various projects to work on.

The support I was given during my apprenticeship was first class. If I came across a problem, my colleagues and tutor were always there to listen to my concerns and, together, we found a solution or alternative way of continuing. Working for the NHS has helped me with my disability as some of the staff I work with have a clinical background and understand the difficulties of living and working with a disability.

Not only has the trust supported me within the work environment, they also supported myself and my family through a very tough 2017. I was encouraged in my sporting endeavours and charity fundraising challenges which has included skydiving and wing walking – being tied to the wings of a bi-plane at speeds of up to 100 miles per hour!

The great support I have received from the trust, my family and Blind Veterans UK has allowed me to continue working by providing full administration support.

I have trained with the Armed Forces Para-Snowsport Team (AFPST) in alpine skiing, which allowed me to acquire a paralympic ski race licence in 2017. I competed in my first two races which boosted my confidence massively.

I was unable to compete again in 2017 as I was suffering a devastating family bereavement, but I'm determined to try again over the 2018/19 season.

Apply for the role you would like to do. Be very open and honest about your disability and highlight the positive skills you would bring to work. While doing the job, remember that there is other support to help you in the work place like Access to Work. There is also a requirement for employers to make reasonable adjustments.

I have enrolled onto an NVQ Level 3 Business and Administration apprenticeship. Looking to the future, I hope to remain an employee of the trust whilst learning new skills that will enhance my career.