In 2013 Ciara went overseas for her F2 year. She recounts her experience below. 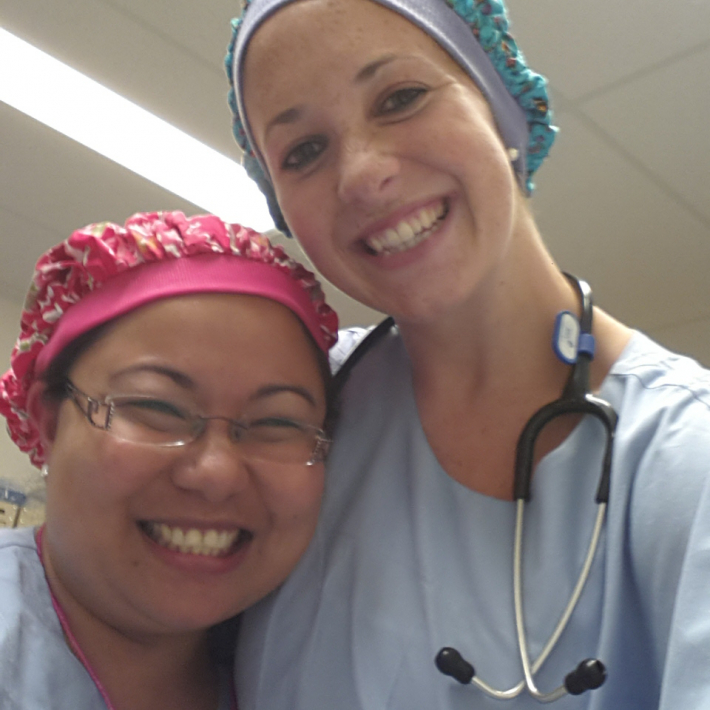 Why I decided to go abroad for F2

Having taken a year out before medical school and travelling a lot, the idea of experiencing a novel healthcare system elsewhere in the world appealed to me. It would be an eye-opening, enriching experience and I knew it would give me an idea about what can work well and what could be done differently. I hoped that this perspective would help me retain my flexible thinking and openness to new ideas. I also love meeting people from different backgrounds who may speak different languages. F2 abroad seemed the perfect opportunity for me.

A lot of research and planning was needed in order to make sure the programme satisfied the requirements for F2 sign-off. My foundation school had to approve the placement and I had to organise an educational supervisor (who was familiar with our F2 system) and individual clinical supervisors for my rotations. I was still under obligation to do my e-portfolio assessments as if I was training in the UK.  Various other stipulations were made, some of which were specific to my foundation school.

What I did overseas

I went to Australia and worked at Gosford Hospital on the Central Coast, New South Wales.  I found the placement by listing and calling all hospitals in and around Sydney and discovered that almost no one knew about F2 and that most just offered unaccredited jobs. I kept searching until I found Gosford Hospital where they knew exactly what F2 was as they’d had several successful F2 trainees over the past few years.

In my hospital all the main specialties were covered. Starting in Emergency Medicine, I rapidly improved my skills and confidence in assessing critically ill and acute medical/surgical patients. I dealt with burns and suturing and learned how to plaster and manage fractures. I moved on from EM to valuable rotations in plastic surgery and neurology.

I was constantly encouraged by senior doctors to try new procedures, such as my first traumatic chest drain and putting in arterial lines. On a number of occasions I had spontaneous feedback from colleagues who said they really enjoyed working with me as well as from my patients. All this was really encouraging!

There was a lot to organise. The closing date in my foundation school was March, and I had to have everything in place by then, so with interviews beginning December/January and a subsequent waiting period, time was short.

Other challenges whilst I was working in Australia included getting used to the split private/public healthcare system and dealing with the occasional difficult senior colleague.  Working out how to continue managing patients well under these circumstances was also a challenge. Fortunately this issue was infrequent and can happen anywhere in the world!

The delightful climate on the east coast encourages outdoor life and the more relaxed attitude to hierarchy meant there was plenty of opportunity for socialising with all grades of medical staff and other people I met outside the hospital context. Australia is very cosmopolitan, even away from the big cities – it ‘s very easy to fit in.

The number of amazing places to visit exceeded the time available, but I managed trips to New Zealand, Fiji, the Solomon Islands, the Great Barrier Reef, Blue Mountains, Tasmania , and Sydney several times, including over New Year of course!

My enjoyment of and skills in surgery have grown throughout core training as I’ve worked in trauma and orthopaedics and plastic surgery. Currently I’m working at the Queen Elizabeth Hospital, Birmingham in the plastic surgery department, and I have just recently heard that I have gained a plastics training number.

Top tips in applying for jobs in Australia: