For Malcolm, being a reservist is entirely personal. 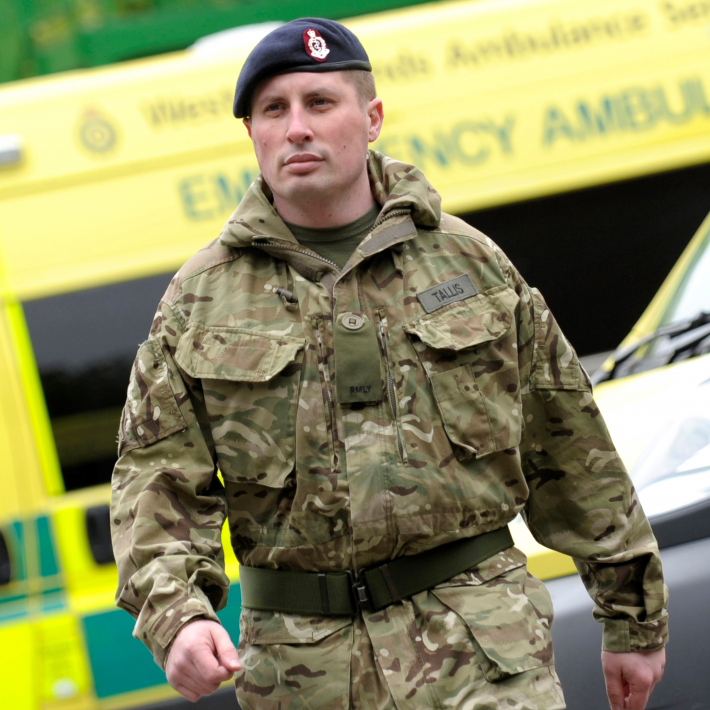 I'd always wanted to join the army but when my Royal Marine Commando Reservist friend was killed in Afghanistan, I decided it was time to join up.

I decided to become a paramedic when I resigned from the police force. As a police officer, I'd worked closely with the other 999 services and wanted to try life as a paramedic. Nine years later, I'm still loving it!

I was an emergency technician for five years and then completed my paramedic foundation degree. I'm now a clinical team mentor which means I provide support to new and existing staff through mentoring. I help to facilitate new students' work placements and support them through the degree process.

For existing staff, I'm there to help them with their everyday role and ensure they're working to the latest Ambulance Quality Indicators and adhering to guidelines.

My reservist role allows me to train as a soldier

My reservist role allows me to attend a variety of courses and to train as a soldier in things like use of firearms and survival skills. It's what I've always wanted to do.

I'd always wanted to join the army but never did because of domestic circumstances. But the day my friend died in Afghanistan, I decided to join the reserves. He was a Royal Marine Commando reservist, deployed on his second tour. When he died I began to appreciate my own life more, and that I'm only going to live once!

My goal is to be deployed to an operating theatre in a war situation so I can help the injured soldiers.